Hi there. I’m so excited to tell you about this funny press release. The Japanese biggest(and most famous) condom company decided to provide such a crazy condom – art condom.

One of the design, they have Japanese traditional art like Utagawa Kunisada’s portrait of a kabuki actor in the role of samurai Kudo Suketsune, and The Great Wave off Kanagawa by Katsushika Hokusai. The below is one of the design. 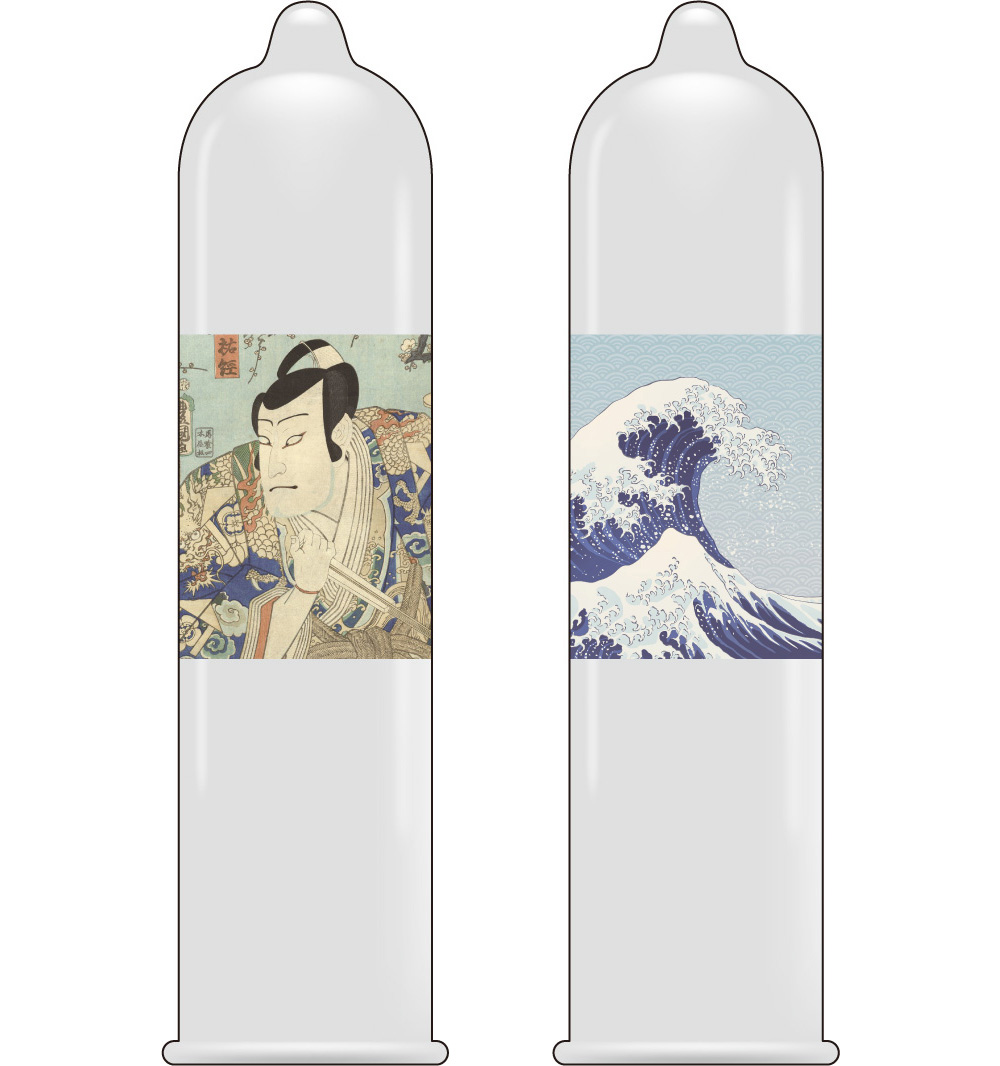 What Okamoto and Why they produced

OKAMOTO INDUSTRIES,INC. is the company that has No.1 share of producing condoms in Japan and they have tried to sell unique condoms so far. Like 0.01mm condoms. (I assume it’s made in Japan, so you know, it’s definitely Japanese quality! Let’s try.)

And this time, they produced 2 kinds of condoms, the one – the condoms that has VivaGel, and designed condoms.

Thus, it is said that there was a pandemic of syphilis in Japan. The number of infected syphilis people has been growing from 2013 and in 2018, the number reported as 6,923 people has syphilis.

Moreover, naturally, the number of HIV/AIDS also is getting high like 1,288 people have the disease.

In my opinion, it’s there’s more and more people who have that kinds of disease because it’s not so common to take the test for it in Japan.

So, the company Okamoto Industries, Inc. develop a critical feeling about it, and decide to produce the new product. And they are also aiming at the increasing demands of stuffs for people from abroad since we have Tokyo Olympic in 2020.

This is the condoms that can be printed on it. They will go on sale this summer. Currently planed to be printing Japanese traditional art and some various others. How can you get it?

There’s a shop specialized in selling condoms in Harajuku, Tokyo, that called Condomania, and will be available in their online shop too.

Okamoto are also planning to accept orders for custom designs. Why don’t you buy them for souvenirs to your friends?